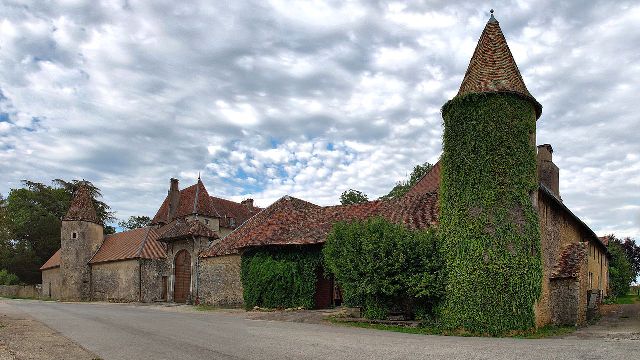 Location: Bonnay, in the Doubs departement of France (Franche-Comté Region).
Built: 1712.
Condition: In good condition.
Ownership / Access: Privately owned.
ISMH Reference Number: PA00101617
Notes: Château de Bonnay is a castle located in the municipality of Bonnay in the French department of Doubs.The castle was built in 1712 on the ruins of a pre-existing fortified house, the garden "French" of origin, the park is transformed into a garden "English" in 1827. After being registered for the first time in 1975, the castle (including the farm, the garden wall and gates) and its garden were listed as historic monuments April 20, 1994.