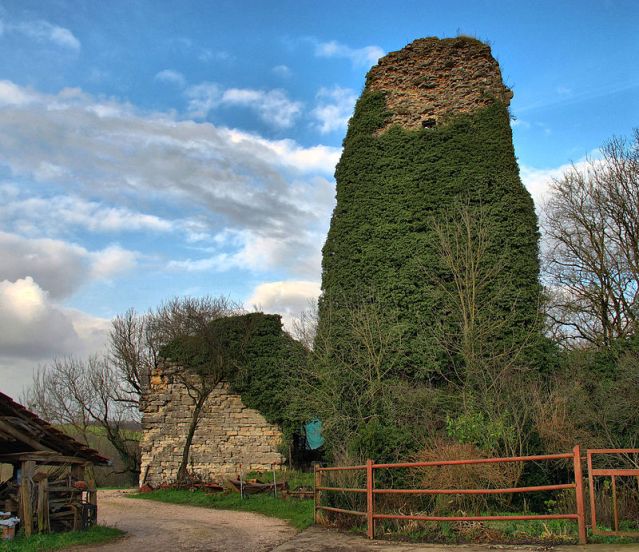 Location: Corcondray, in the Doubs departement of France (Franche-Comté Region).
Built: 12th century.
Condition: Ruins.
Ownership / Access: Private property.
ISMH Reference Number: PA00101632
Notes: Château de Corcondray is a castle of the twelfth century relic Corcondray located in the department of Doubs Franche-Comté.Built in the eighteenth century, the castle's history is closely linked to that of the lords and the lords of Montferrand (home Montferrand) the thirteenth to the fifteenth centuries. It is part then a set of fortifications belonging to them, including those of Montferrand-le-Château, Thoraise, Torpoint, Fourg and Avanne. So Fromond de Montferrand, a son of John II of Montferrand, was the founder of the branch of Montferrand called Corcondray whose name he took. In 1477, the castle was burned by the French in 1584 and it is reported that the ruins are furnished in manorial barn and kennels. The castle tower is listed as historical monuments since March 11, 1932 and is also a registered site since November 13, 1942.