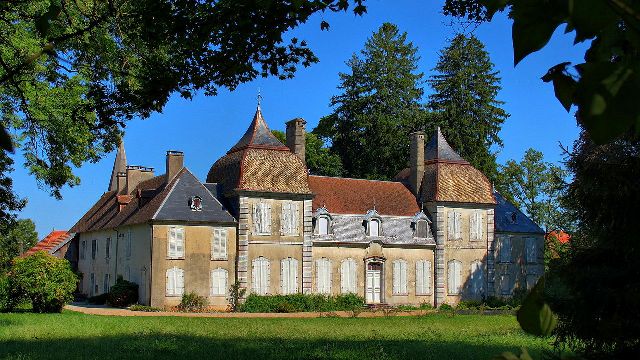 Location: Fertans, in the Doubs departement of France (Franche-Comté Region).
Built: 18th century.
Condition: In good condition.
Ownership / Access: Private property.
ISMH Reference Number: PA00101436
Notes: Château de Fertans is a castle of the eighteenth century listed building, located in the municipality of Fertans, in the French department of Doubs.A first castle was built in the eighteenth century and was destroyed during the Thirty Years War in 1638. In this time, there are only remnants of the East. The complex was rebuilt in the eighteenth century by the architect for Colombot Count Fleury-Villayer. The entrance portal and its two towers, facades and roofs of the castle, the dining room and the spacious ground floor are the subject of a registration as a historic monument since July 11, 1979.