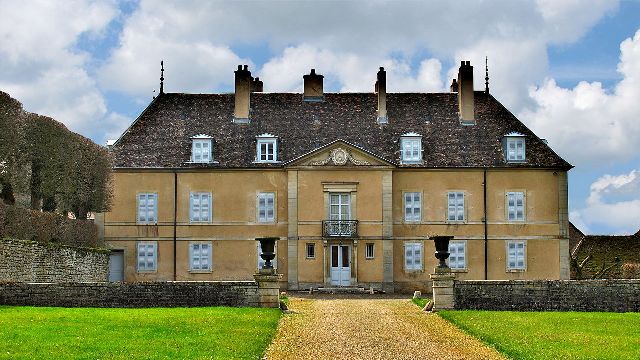 Location: Jallerange, in the Doubs departement of France (Franche-Comté Region).
Built: 1751.
Condition: In good condition.
Ownership / Access: Privately owned.
ISMH Reference Number: PA00101656
Notes: Château de Jallerange is a castle of the eighteenth century listed building, located in the municipality of Jallerange, in the French department of Doubs. It has the distinction of having a French garden created in the eighteenth century and an English garden of the nineteenth century.The castle is built on the initiative of Claude Nicolas Seguin Marcellin Jallerange, lawyer and adviser between 1742 and 1751 The French garden was created in 1771, still on agenda advisor Seguin Jallerange while the English garden was created in 1846. The gardens become a site classified by order of 19 July 1943. The estate has benefited from several inscriptions as historical monuments in 1973 and 1989 (facades and roofs, gardens and outdoor furniture) before being registered in full by order of 17 March 2014.