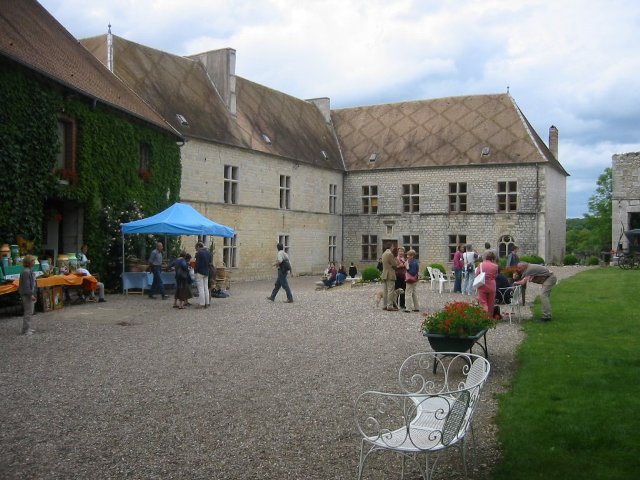 Location: Rigney, in the Doubs departement of France (Franche-Comté Region).
Built: 16th-17th century.
Condition: In good condition.
Ownership / Access: Private property.
ISMH Reference Number: PA00101717
Notes: Château de La Roche is a castle of the eighteenth century classical style in the Doubs Rigney in Bourgogne-Franche-Comté, 26 km northeast of Besancon. It is the subject of a registration as a historic monument since December 18, 1998.The Chateau de la Roche, camped on a cliff overlooking the Ognon valley, would be built on the site of a Gallo-Roman site. The castle belongs to the family of the Rock from the eleventh to fourteenth century.The current tower was built by Claude de Plaine (warden of Burgundy) in 1559. In the sixteenth century the family Plaine rebuilt the house.After the French Revolution, the estate was bought by Count Scey who established a sugar mill in 1811. In 1847, the castle became a cheese factory and a farm in 1854, and a farm school in 1869.In 1986, Jean de Foucauld (diamond of Paris) bought the building abandoned and is fully restored to house temporary art exhibitions.