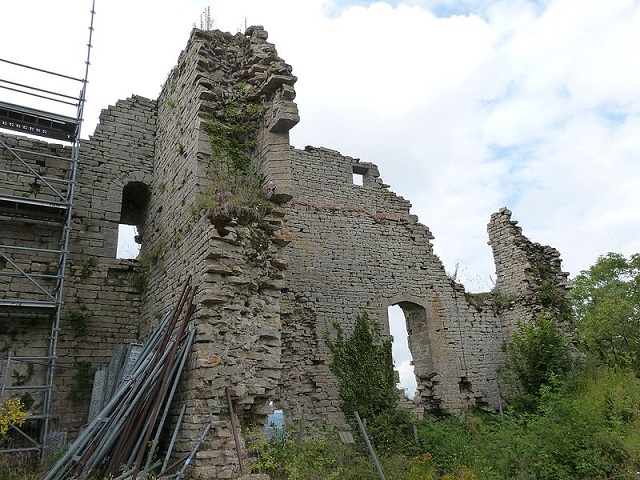 Location: Mirebel, in the Jura departement of France (Franche-Comté Region).
Built: 12th century.
Condition: Ruined.
Ownership / Access: Famille de Vienne.
Notes: The castle of Mirebel was a castle, located in the commune of Mirebel, in the department Jura.The first mention of the castle of Mirebel dates from 1172. Until the fifteenth century, the castle, the lands and the rights attached to it, are the property of the house of Vienna. In 1280, John I of Vienna made it his usual place of residence, like his grandson, Henry of Vienna from 1364 to his death. In 1422, on the death of John of Vienne, the fief of Mirebel passes to the family of Chalon-Arlay. The castle was partly ruined by the armies of Louis XI in 1479. It then served as a watchtower until its final destruction by the troops of Henri IV in 1595 who fell the tower that remained standing. It is listed in 2007 as Historic Monuments.

How To Get To Château de Mirebel (Map):