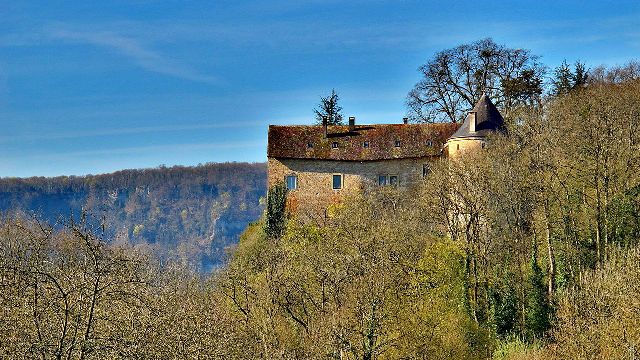 Location: Roulans, in the Doubs departement of France (Franche-Comté Region).
Built: 12th century.
Condition: Ruins.
Ownership / Access: Private property.
ISMH Reference Number: PA00101719
Notes: Château de Roulans is a castle, protected historical monuments located in the municipality of Roulans in the French department of Doubs.The castle is built in the nineteenth century. It passed into the hands of the Vienna family in the fourteenth century and Admiral Jean de Vienne spent his youth. At the revolution, the castle was almost completely destroyed and was rebuilt in the nineteenth century. On 28 December 1995, the castle, medieval ruins, the landscaped garden, terraces, basement and archaeological remains are registered as historical monuments.