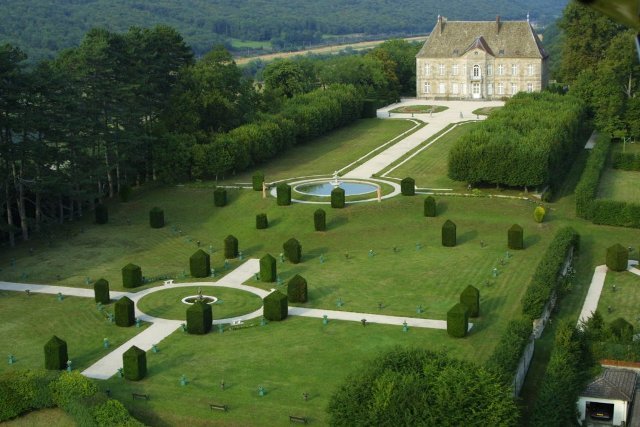 Location: Vaire-Arcier, in the Doubs departement of France (Franche-Comté Region).
Built: 1713.
Condition: In good condition.
Ownership / Access: Private property.
ISMH Reference Number: PA00101731
Notes: Château de Vaire-le-Grand is a Classical style castle of the eighteenth century built in 1713 in the Doubs valley to vaire-arcier in Bourgogne-Franche-Comté 13 km northeast of Besancon. The castle and the French garden, protected as historic monuments, have been remarkably restored and are open to tourists during the summer since 1992. In 1948, the Company transforms Boussac two entrance pavilions in nursing homes and castle in summer camp. The unit is registered with the Inventory of Historical Monuments March 25, 1985 and the area is classification track. In 1992, new owners opened the castle, the park and the French garden to sightseeing after a long period of significant and beautiful restoration. After being registered for the first time in 1985 and 1998, the castle is the subject of a classification as historical monuments since December 1, 2011 and February 15, 2012.

How To Get To Château de Vaire-le-Grand (Map):