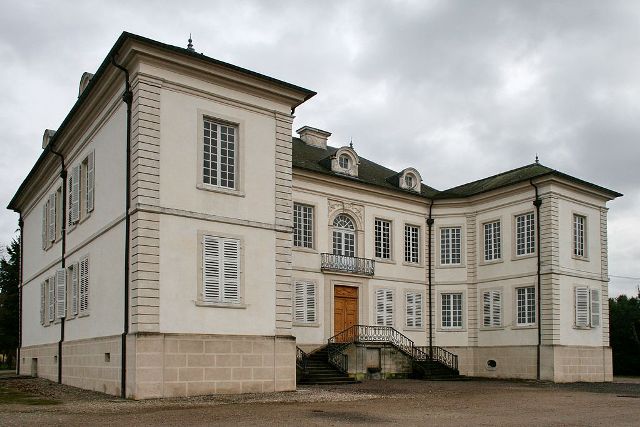 Location: Saint-Loup-sur-Semouse, in the Haute-Saône departement of France (Franche-Comté Region).
Built: 18th century.
Condition: In good condition.
Ownership / Access: Owned by a public institution.
ISMH Reference Number: PA00102268
Notes: Château des Bouly is a castle of the eighteenth century located in Saint-Loup-sur-Semouse, France.The castle was built in 1755 by Jean-Baptiste Bouly, ironmaster of the Barony, whose brother Francis Joseph was the first elected mayor of the town in 1790. The property passed in the nineteenth century in the possession of the family Malliard, who added his arms on the pediment of the building with its motto, Pellendo Ardet Malleus ( "striking heats the hammer"). The facades were restored in 2005.The building, which was based hospice, classified as historical monuments in 1979.