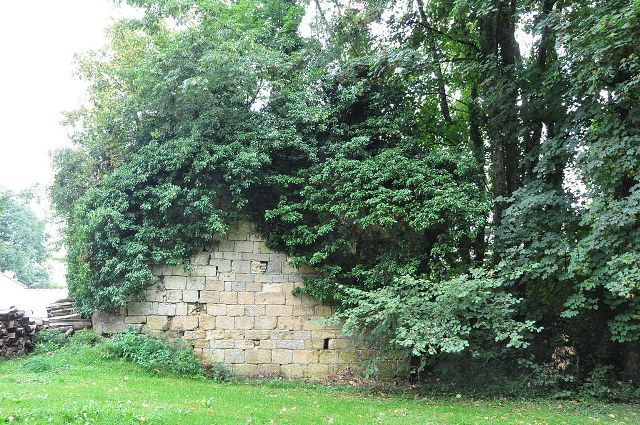 Location: Chauvirey-le-Châtel, in the Haute-Saône departement of France (Franche-Comté Region).
Built: 13th-17th century.
Condition: Ruins.
Ownership / Access: Privately owned.
ISMH Reference Number: PA00132607
Notes: Château-Dessus is a castle located in Chauvirey-le-Châtel, France.The castle-Dessus is built in the eighteenth century, to the west of an older building. When sharing the lordship of Chauvirey, he became one of two castles, the Château-Dessous, close. In poor condition, it was rebuilt in the seventeenth century to the plans of Jacques squire. Abandoned since the eighteenth century, it fell into ruin. It remains today a section of wall. The building is registered as historical monuments in 1994.