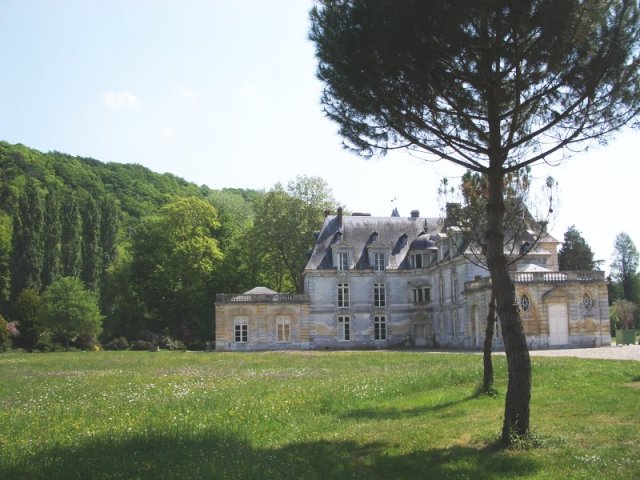 Location: Acquigny, in the Eure departement of France (Haute-Normandie Region).
Built: 16th-18th century.
Condition: In good condition.
Ownership / Access: Privately owned.
ISMH Reference Number: PA00099290
Notes: Château d'Acquigny is a castle located in the Eure department of Normandy.The facade and roof of the castle are the subject of a classification as historical monuments since September 17, 1946, the entire castle is listed since 1926, registered in 1951 and the common area in 1993. Acquigny developed at the confluence of two rivers: the Eure, formerly navigable to Chartres, and the Iton, diverted from its natural course by a forced arm built in the twelfth century by the monks of Conches-en-Ouche to feed mills. This arm also fed the moat and protected the Holy Mauxe priory and the medieval village behind the current castle. The site is a landscape that has changed profoundly since the late nineteenth century. Cherry orchards and service trees, vineyards and sheep pastures of the high hills bordering Eure and protect the northern winds Park and East gave way to bushes and trees that permeate the landscape in a romantic atmosphere.