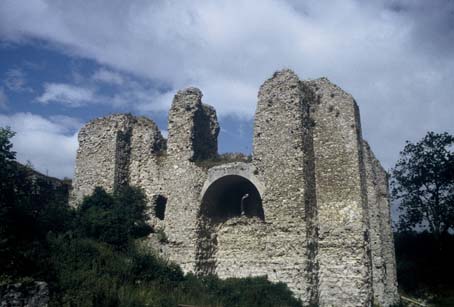 Location: Arques-la-Bataille, in the Seine-Maritime departement of France (Haute-Normandie Region).
Built: 17th century.
Condition: Ruins.
Ownership / Access: State property.
ISMH Reference Number: PA00100544
Notes: Château d'Arques-la-Bataille is a strong ruined castle, built on a rocky promontory overlooking the eponymous town, located in the north of the Seine-Maritime, near Dieppe. Built in the first half of the twelfth century on the site of an ancient castle mound, reworked until the sixteenth century fortress undergoes multiple seats. At the foot of the ramparts Henry IV won a decisive battle against the League's troops in 1589. The castle is the subject of a classification as historical monuments since 1875.