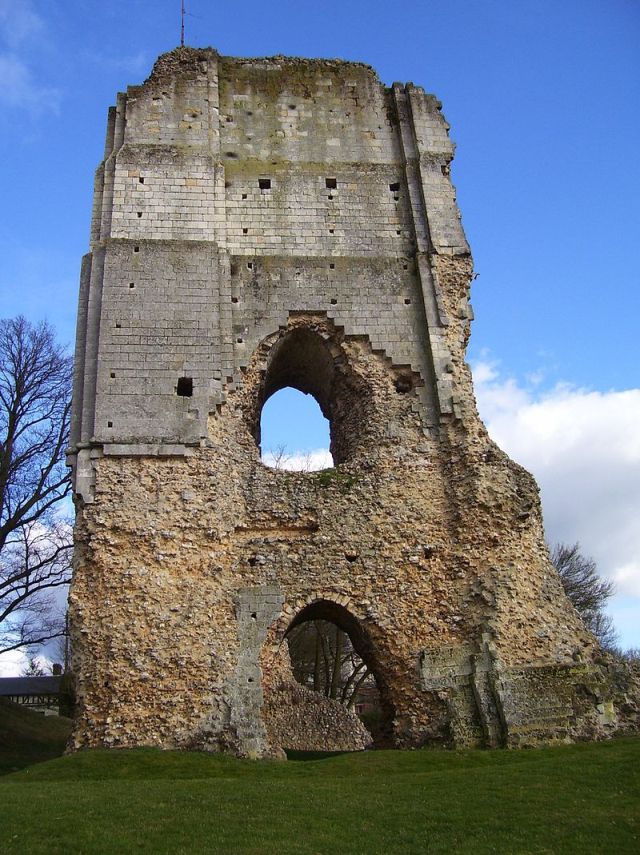 Location: Brionne, in the Eure departement of France (Haute-Normandie Region).
Built: 11th century.
Condition: In good condition.
Ownership / Access: Owned by the Town.
ISMH Reference Number: PA00099362
Notes: Château de Brionne is what remains today of the castle located in the Eure department of Normandy.Historians believe that there was a fort in Roman times, this important crossroads between Lisieux, Pont-Audemer, Rouen and Evreux. According Orderic Vital, Godfrey de Brionne, Count of Eu, receives his father's castle and county of Brionne. Robert of Torigni speaks rather of a simple surrender of the fortress, more by will of Richard II. What is certain is that Godfrey was at least Squire Brionne. In the mid 1040, Gui de Brionne has important castles of Brionne, on the Normandie, and Vernon on the Seine. He received them after the death of Gilbert de Brionne (died 1040), tutor of Duke William. He also received the lordship of Brionne with the title of comte. Wounded at the battle of Val-es-Dunes, in 1047, he escaped capture on bataille field. He took refuge in his castle of Brionne, with a large armed force, and strengthens fortifications. It would have taken three years for the Duke William in déloger.Orderic Vital explains that William the Conqueror entrusted the castle of Ivry to guard Roger Beaumont but towards 1089, the new Duke, Robert Courteheuse, gives fortress Guillaume de Breteuil. In compensation, Roger received the chateau de Brionne. Another columnist, Robert of Torigni, gives a slightly different version: the son of Roger de Beaumont, Robert de Beaumont, reportedly asked the Duke of exchange against Ivry Brionne, what he gets. In 1090, Robert scrambles event Meulan to William Rufus. He claims possession of the castle of Ivry as it is according to him of a château de Brionne, her father has previously obtained the Duke Robert. The latter, led by a group of courtiers hostile to Beaumont, imprisons and grabs Brionne. After delicate negotiations, the father obtains the release of his fils. In 1094, Roger died and his son took over from his important Norman lands that include the castles of Pont-Audemer, Brionne and Beaumont.The dungeon we see today was probably erected by Robert de Beaumont, Lord of Brionne, replacing an earlier fortification located on an island in the Risle the heart of the town, and had undergone at least two seats in 1047 and 1090. in 1124, the new tower in turn must undergo a long siege by Henry I against Waleran of Meulan, son of Robert.Philippe Auguste seizes in 1194.It was partially destroyed in 1735 for the mills built on the Normandie. The city of Brionne undertakes consolidation work of the building from 1994 to 1996. At the same time, architectural research is undertaken by Mr. Brabant. Thus, several pieces of wood and a horizontal beam are taken for a dating dendrochronology. But their poor state of conservation has not yielded results on the history and the architecture of donjon.