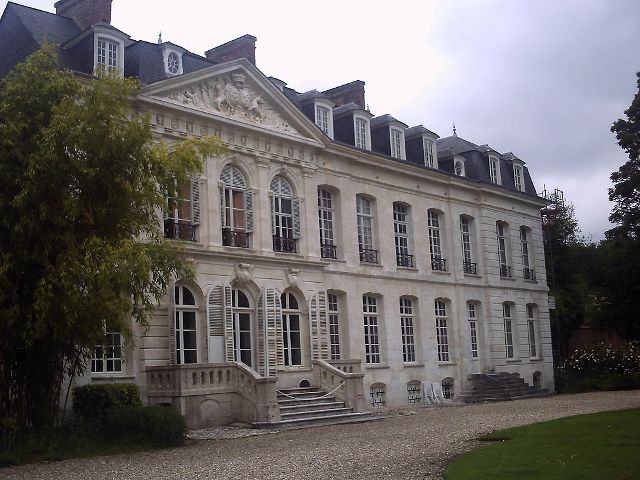 Location: Gommerville, in the Seine-Maritime departement of France (Haute-Normandie Region).
Built: 15th-17th century.
Condition: In good condition.
Ownership / Access: Privately owned.
ISMH Reference Number: PA00100672
Notes: Château de Filières is a historic mansion on the town of Gommerville, Seine-Maritime 2 km from Saint-Romain-de-Colbosc and fifteen kilometers from Le Havre. Channels has the distinction of being composed of a facade of the sixteenth and eighteenth centuries. It is open to the public since the 1960s The castle is the subject of a classification as historical monuments since 1947 for its two lounges and dining room, the rest of the castle being registered since 1946.

How To Get To Château de Filières (Map):