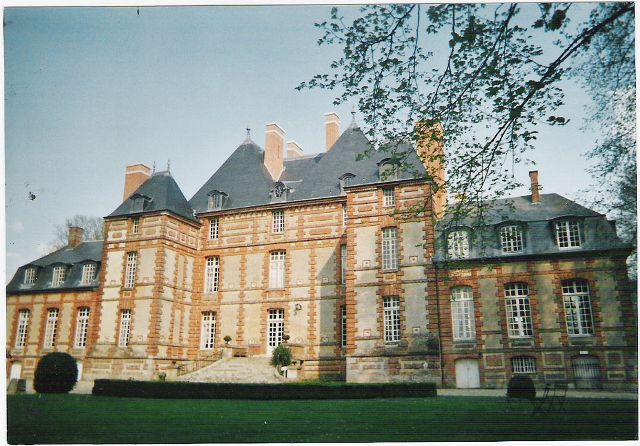 Location: Fleury-la-Forêt, in the Eure departement of France (Haute-Normandie Region).
Built: 17th-18th century.
Condition: In good condition.
Ownership / Access: Privately owned.
ISMH Reference Number: PA00099637
Notes: Château de Fleury-la-Forêt is a castle of the seventeenth century located in the town of Fleury-la-Forêt, Eure. This imposing castle built of flint and red bricks, located near Lyons-la-Forêt, is visitable. He also served as guest rooms. The castle houses the museum of dolls. The French park is bordered by an avenue of lime trees. One can also see, around the park, caves, chapel and washhouse. The castle is the subject of a classification as historical monuments since 15 March 1993.

How To Get To Château de Fleury-la-Forêt (Map):