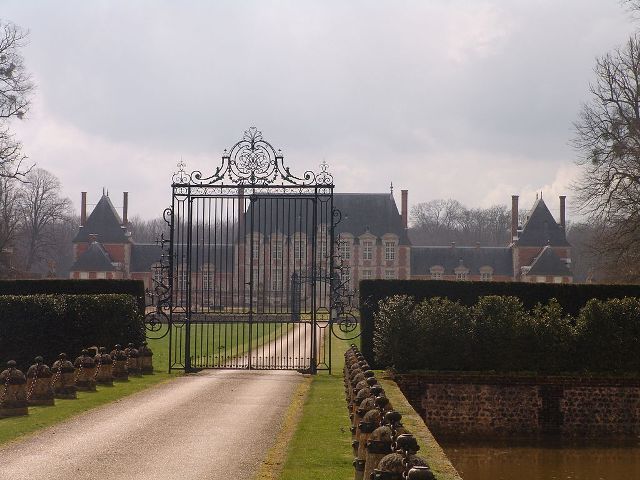 Location: Saint-Aubin-d'Ecrosville, in the Eure departement of France (Haute-Normandie Region).
Built: 17th century.
Condition: In good condition.
Ownership / Access: Privately owned.
ISMH Reference Number: PA00099542
Notes: Château de Saint-Aubin-d'Ecrosville and grounds dating from 1640; they have been built for one of the great Norman families, Leroux. The castle consists of a large main building, brick and stone, and the lower wings extending. It internally keeps decorative elements of the seventeenth and nineteenth centuries. Sold in 1688 to PAVYOT family, the area still belongs to the descendants of this family. Around 1860, major changes were made in the courtyard and stables built by architect Destailleurs and the transformed park. Since 1950, the owners restore the park as it was in the early eighteenth century, and create gardens to present sculptures from Hyères. Inside the castle was listed by order of 14 December 2001 and the area has been classified by order of 20 October 2004.