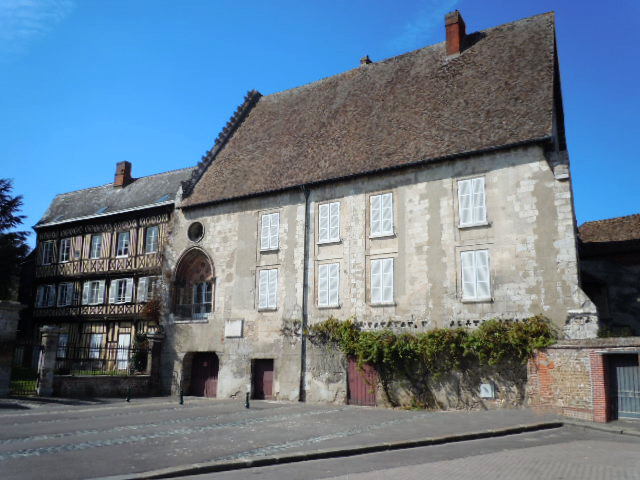 Location: Le Neubourg, in the Eure departement of France (Haute-Normandie Region).
Built: 11th century.
Condition: In good condition.
Ownership / Access: Privately owned.
ISMH Reference Number: PA27000045
Notes: Château du Neubourg is a medieval castle built around the year thousand, which became a stronghold of the Norman duchy in the Middle Ages; the castle is the county seat of a lordship belonging to Beaumont in the twelfth century, then to Meulan and the Old Bridge to the thirteenth century and fourteenth century, a party of Political Affairs and the Hundred Years War.The sources mention ditches, towers, walls and drawbridges. The fortress was stormed in the twelfth century by Henry Beauclerc, King of England and fourth son of William the Conqueror. At his death in 1135, the Norman lords it met to elect the new King of England: Stephen of Blois.November 2, 1160, was celebrated the marriage of Marguerite of France, daughter of Louis VII with Henry the Younger son of King Henry II of Angleterre.In November 1660, Alexander Rieux, Marquis and Baron Sourdéac Neuburg flexed by the royal troupe Marais, Opera The Golden Fleece, of Pierre Corneille and Jean-Baptiste Lully, the first opera that has faeries was played in France. This date marks the end of military role château. In 1782-1783, the eastern part of the castle and its outbuildings was demolished to create a marketplace still called the Castle Square. The castle north side now includes a fortified front (towers, curtain, door drawbridge), about 120 meters of development, corresponding to a home south of the thirteenth century great hall under frame (called Old Comedy, where was given the first performance of the golden Fleece), and the Maison Neuve (early sixteenth century).The old castle of Neuburg subject to registration as historical monuments since July 29, 2002. Property of the family scholar for many years (and inaccessible to visitors the castle has become a private residence) the municipality decides its acquisition in 2011. The final sale will take place in 2014 but to date it is the city that will support its management.