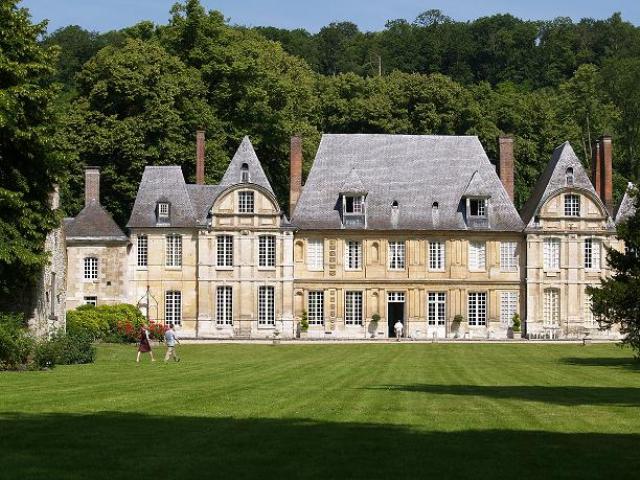 Location: Duclair, in the Seine-Maritime departement of France (Haute-Normandie Region).
Built: 15th century.
Condition: In good condition.
Ownership / Access: Owned by a private company.
ISMH Reference Number: PA76000010
Notes: Château du Taillis is located in the Saint-Paul hamlet Duclair (Seine-Maritime), in a protected area of the Regional Park of loops of the Seine Normandy. Built on the foundations of a fortress from the thirteenth century, it was built around 1530 by Jehan du Fay of Tailly. After an unfinished building, the main building was enlarged by adding two pavilions in the seventeenth century and completed by new wings in the eighteenth century. It is thus 300 years of architecture coexist and respect by a single symmetry even in France. The sculpted facade has emblazoned stately and niches and pilasters. The castle is the subject of a registration as a historic monument since April 19, 1996.

How To Get To Château du Taillis (Map):