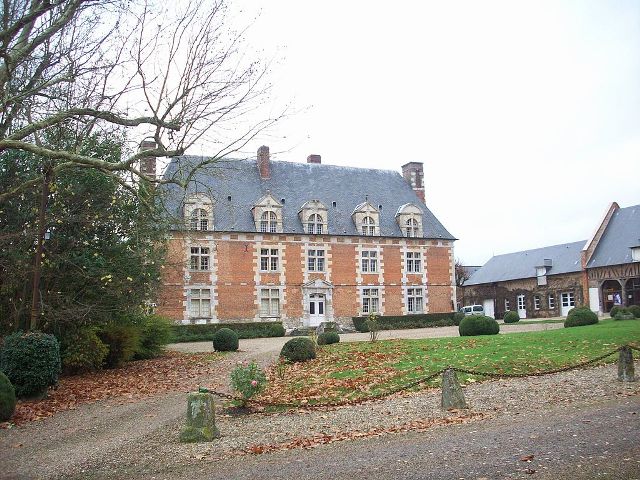 Location: Amfreville-sous-les-Monts, in the Eure departement of France (Haute-Normandie Region).
Built: 16th century.
Condition: In good condition.
Ownership / Access: Privately owned.
Notes: Manoir de Senneville is a manor house located in the Eure department of Normandy. Manor Senneville been several protections as historical monuments by order of 3 July 1975: a ranking on facades and roofs, the fireplace in the dining room, the lounge with its decoration; an inscription on the facade and roof of the charreterie and dovecote, the portal in the center of the west facade and the two side gates of the courtyard is.