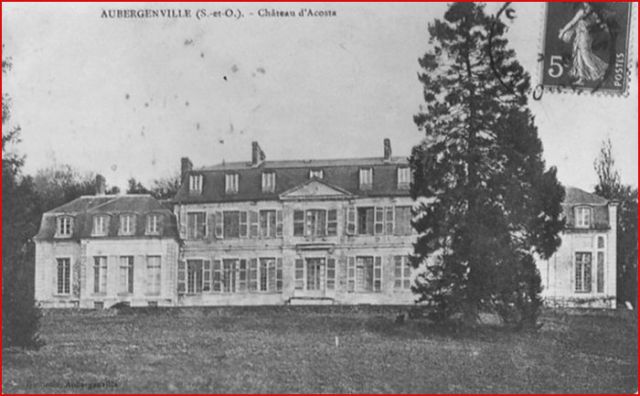 Location: Aubergenville, in the Yvelines departement of France (Ile-de-France Region).
Built: 16th century.
Condition: Now destroyed.
Ownership / Access: --
Notes: Château d'Acosta (now destroyed) was on the set of Montgardé in Aubergenville (Yvelines), between Saint-Germain-en-Laye and Mantes-la-Jolie. The estate was acquired in 1661 by Mr. Mannevillette, who built the castle and the park afforested in 1671. In 1758, the castle became the property of Dominique Antoine such Acosta, Grand Master of Forestry, which gave it its name. Then it was acquired in the second half of the eighteenth century by Spirit François de Castellane. The writer Benjamin Constant spent the winter Germaine company in 1806-1807 de Stael and Friedrich Schlegel Dorothea Veit. The castle was destroyed in 1965 to make way for some 1,900 social housing.