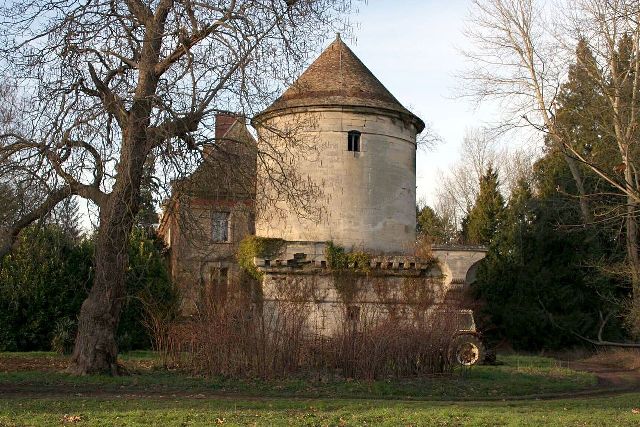 Location: Maule, in the Yvelines departement of France (Ile-de-France Region).
Built: 16th century.
Condition: Ruins.
Ownership / Access: Privately owned.
ISMH Reference Number: PA00087528
Notes: Château d'Agnou is located in the department of Yvelines, at a place called the End of Agnou. It is a historical monument.From the nineteenth century, a dungeon in the castle, the castle of St. Vincent, would have been on the site of the castle of Agnou. Built in the suburb of Agnou, the stronghold of the family of Boutigny, he was attached to long walls around the entire town of Maule. The Boutigny owned them since the thirteenth century, with Hugues de Boutigny, Lord of Gavral, then his son Jean Boutigny. The castle was nevertheless disbanded by order of Louis VI. In 1357, the city was sacked by Charles the Bad of Navarre, which completely destroyed the building. The barons of Maule then live in cities, in houses built for this purpose. But things will change in the sixteenth century.