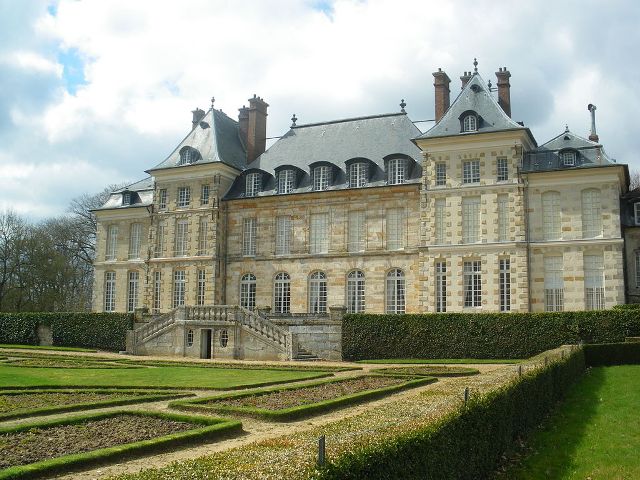 Location: Saint-Jean-de-Beauregard, in the Essonne departement of France (Ile-de-France Region).
Built: 1612.
Condition: In good condition.
Ownership / Access: Privately owned.
ISMH Reference Number: PA00088006
Notes: Château de Beauregard is a French castle in Saint-Jean-de-Beauregard in the department of Essonne and the Ile-de-France region.The start of construction of the castle dates from 1612, at the request of François Dupoux, King's advisor. A new castle was built in place of the ruins of Montfaucon which faced the old castle of Montlhéry. The new lord of the manor asks Louis XIII substituting the name of Montfaucon, sinister reputation in Beauregard. The king ordered the name change of the place of Saint-Jean-de-Monfaucon in Saint-Jean-de-Beauregard. François Garnier, Esquire, became the owner of the domain in 1638. Then, the field passes into the hands of Charles de Neufville Doullet, then Saint Peter Gabriel Mehertin, then in 1669 a king's adviser, Pierre de La Mouche . One hundred years later the castle was sold to Laurent Charron, Receiver General of Lands and Forests of the generality of Paris (1678-1751). Françoise Matagon, his widow, left alone mistress of the field. Sainte-Avoye in Paris, she made her country house. She died in 1768 and his only son, Laurent Charron (bapt. 1706) dies in his turn the following year. The castle and field returns to the third daughter of the latter, Francoise Melanie Charron, wife of Victor Amadeus of Auberjon, Earl of Murinais, brigadier, brigadier, Knight of the Order of St. Louis. The park then evolves timidly towards the English mode. The castle was bequeathed in 1866 to Mr. Quatresolz Marolles, then in 1879 the Count and Duke of Caraman bought the estate. The current owners are part of the family of Caraman. The name "Beauregard" comes, as usual, from the point of view terraces of the castle, on the Salmouille valley, the view is the best given his eyes for the first occupant. The castle was registered as historical monuments 28 October 19262, the entire field was finally classified the July 1993.

How To Get To Château de Beauregard (Map):