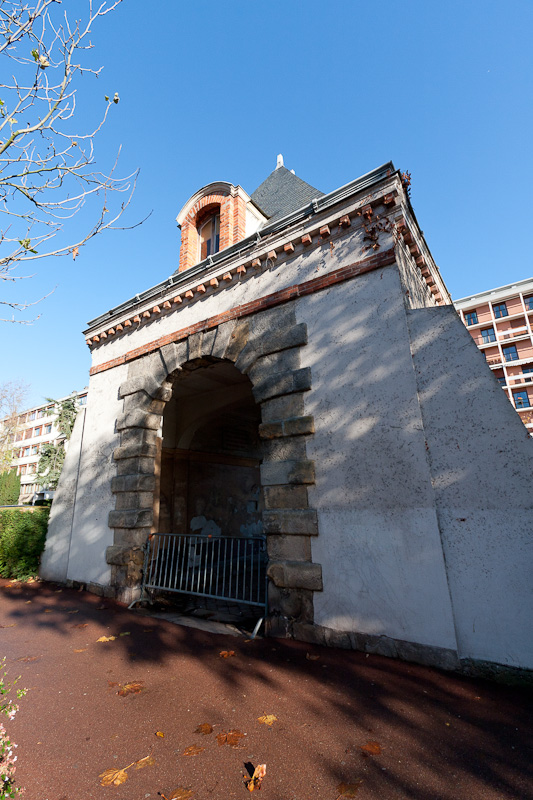 Location: Chilly-Mazarin, in the Essonne departement of France (Ile-de-France Region).
Built: 17th century.
Condition: In good condition.
Ownership / Access: --
Notes: Château de Bel Abord was a noble mansion in the French town of Chilly-Mazarin, in the former province of Hurepoix, today the department of Essonne and the region Île-de-France, seventeen kilometers south of Paris. This castle was Louis XIII style, one-story with attic to the French, covered with tiles. Two turrets at the ends will be added later. A building on both sides of the gate, having only survived, had a floor chapel and servants' rooms. A vegetable garden, lawn, a maze, a pond, a pavilion, a backyard, a chicken, a cow barn, a dairy and an orangery made up the whole.