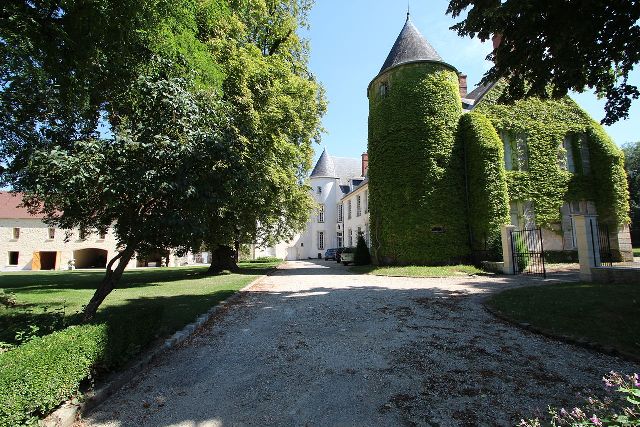 Location: Boissy-le-Sec, in the Essonne departement of France (Ile-de-France Region).
Built: 14th century.
Condition: In good condition.
Ownership / Access: Privately owned.
ISMH Reference Number: PA00087819
Notes: Château de Boissy-le-Sec is a French castle in the town of Boissy-le-Sec in Hurepoix country, in the department of Essonne and the region Île-de-France, forty-six kilometers south -west of Paris.A tradition taken up by local historians, advance the date of 1339 for the construction of the castle, attributed to Jean Paviot, banneret knight of the royal army of Philip VI of Valois. The king on the eve of the Hundred Years War, had probably felt the need to complement the advances of Paris between castles of Etampes and Dourdan as was feared English attacks from Aquitaine defenses. However Jean Paviot is attested as lord of Boissy-le-Sec in 1349 by an act of faith and tribute to the Duchess of Alencon, as guardian of her minor son, heir to the Count d'Etampes. This castle was probably taken by the English in 1358. The Castle of Boissy-le-Sec is mentioned in 1360 in the Treaty of Brétigny, among the strongholds held by the King of England, as a guarantee of payment of ransom John II, King of France, taken prisoner at the battle of Poitiers. In the second half of the fifteenth century, the descendants of Jean Paviot turned their castle remains Plaisance building between the two towers a main building which was built in the ground floor, the second level of the tower of the low room. The new construction included large mullioned windows framed sculpted freestone. Sleeper half windows were pierced in the two towers, with a stone frame, carved in the same Gothic style. At the same time, or later in the sixteenth century former stately home was enlarged and raised, forming a south wing, in return for the new principal main building. On the ground floor expansion included a gallery with three arches, outward. At the beginning of the eighteenth century new transformation began the "old castle" in the style of the day which involved the closure of the arches and above the cover frames of Gothic windows with gypsum solids, giving these openings a baroque style. These Gothic frames reappeared on the north side of the main building and the towers that frame in 2006, during a facelift. This discovery led to the Register in 1968 as a historic building facades and roofs of the castle alone whereas previously the vaulted parlor and honeycombed cellar were on the additional inventory. The castle is partially listed building December 21, 1984 and December 5, 2007.