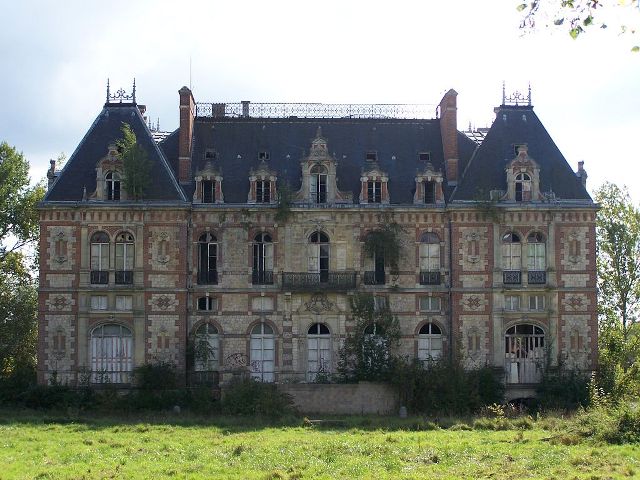 Location: Bonnelles, in the Yvelines departement of France (Ile-de-France Region).
Built: 18th century.
Condition: Ruined.
Ownership / Access: --
Notes: Château de Bonnelles is a French castle in the town of Bonnelles, near Saint-Arnoult-en-Yvelines, in Yvelines, France. The present castle, Louis XIII style, built in 1847-1849 by Joseph-Antoine Froelicher architects Clément Parent, was an important center of hunting with hounds while he was the favorite residence of the famous Duchess of Uzes (1847-1933). Protection is achieved by registration under the Historic Monuments for its facades, roofs and dining room, by order of 8 April 2010. On the night of September 23, 2008, a fire destroyed much of the roof. The castle is the subject, since spring 2009, significant restorations. Since March 2011, the work seems stopped. Early 2015 the scaffoldings are removed revealing the extent of damage suffered by the building.