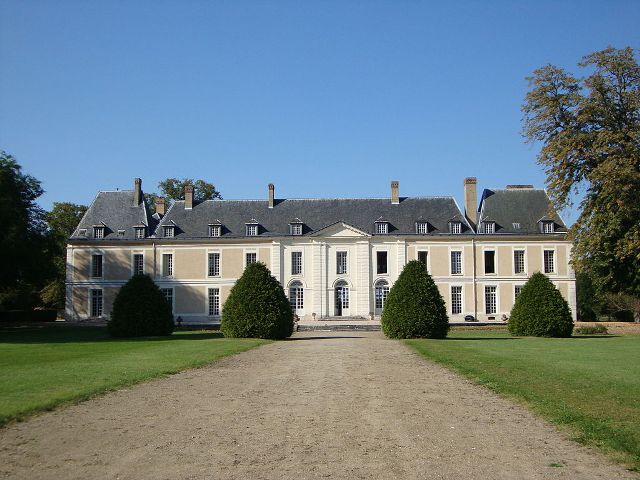 Location: Brou-sur-Chantereine, in the Seine-et-Marne departement of France (Ile-de-France Region).
Built: 17th century.
Condition: In good condition.
Ownership / Access: PA00086839.
Notes: Château de Brou is a French castle in the town of Brou-sur-Chantereine, in Seine-et-Marne. It dates from the seventeenth century. The total area of the property is currently 35 hectares (12 hectares of park and 23 hectares of forest).It is classified as historical monuments in 1984.The land where the castle is acquired March 13, 1608 by Denys I Feydeau, general farmer and adviser of State (in patent) under Henry IV. It is there at the time a pigeon probably built in 1545, making it the oldest building of the castle. The castle itself was built in the second half of the seventeenth century and became the country residence of this branch of the Feydeau family known as the Feydeau de Brou, illustrious line of royal stewards and councilors of state. In the next century, it is the object of important works including the removal of a staircase in the central hall which saves space in the upstairs bedrooms. He was replaced by two staircases built in each of the two wings on the north facade. It is then owned by Paul Brou Spirit Feydeau (1682-1767) who was appointed by Louis XV of France Minister of Justice in 1762. The area, enlarged the stronghold of Pomponio, was erected in marquisate in favor of his son Antoine Paul Joseph Feydeau in 1761; and a sign of the importance of this original family marchoise three centuries at the service of the Bourbons (Bourbonnais dukes and counts of the Marche, then kings of France), his grand-son Charles-Henri de Feydeau (1754-1802) Marquis de Brou and also owner of the Marquis of Dampierre-en-Burly and Gien County, is among the masters of requests invited to attend the Louis XVI's coronation in 1775 and is admitted to the honors of the court (entries the king's chamber) in 1783. Charles-Marie Le Clerc Christian Juigné, son of Caroline de Feydeau de Brou, Countess of Juigné, sold the domain in 1844 to Charles Floreal Theobald, founder of art bronzes in Paris, which the current owners of the castle are descendants. In 1984, it is classified as historical monuments and facades were restored between 1989 and 1992.