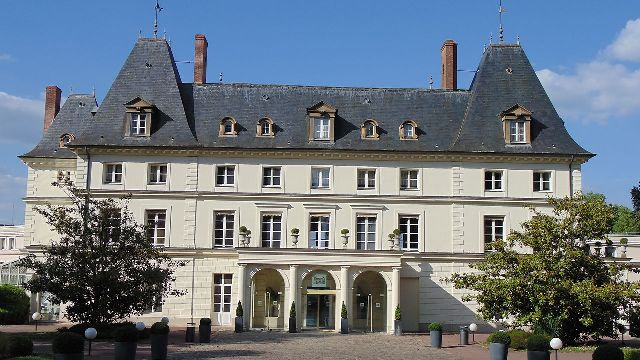 Location: Bouray-sur-Juine, in the Essonne departement of France (Ile-de-France Region).
Built: 18th century.
Condition: In good condition.
Ownership / Access: --
Notes: Château de Frémigny is a French castle in the town of Bouray-sur-Juine, in the former province of Hurepoix, today department of Essonne and the region Île-de-France, thirty-seven kilometers south of Paris..The castle was built in the eighteenth century on the remains of a Gallo-Roman villa by the Huguet family Montaran-Semonville. Charles Louis Huguet, big referendum of the House of Lords, the yield to his adopted son Charles Tristan, companion of Napoleon at Saint Helena in 1825. It is the banker André Homberg in 1930. It is since 1963 the possession of the insurance group UAP - became AXA - who has completely restored the castle in the 1980s, in order to make a training center.

How To Get To Château de Frémigny (Map):