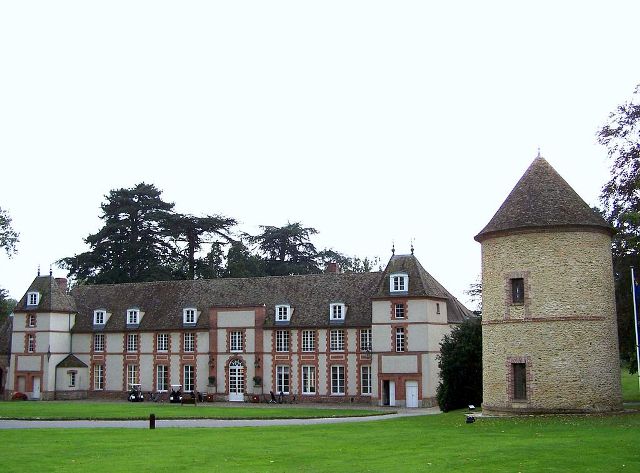 Location: La Queue-les-Yvelines, in the Yvelines departement of France (Ile-de-France Region).
Built: 17th-19th century.
Condition: In good condition.
Ownership / Access: Owned by a private company.
ISMH Reference Number: PA00087580
Notes: Château de la Couharde is a castle located in La Queue-les-Yvelines, Ile-de-France (France). Built in the fifteenth century, it is the property of Breze, he returns by inheritance to Diane de Poitiers before moving to Marie de Miramion, which lends the field fathers foreign missions. In the seventeenth century, his uncle, the chancellor Pontchartrain realize major work done and draw the park by the nephew of Le Nôtre, architect of Louis XIV's gardens. The field passes from hand to hand and, at the end of the nineteenth century it was acquired by Ernest May. It decides to cancel the moat and dig a pond, and he modernized the Couharde. He then goes to his daughter Annette May and her husband Christian Lazard. Then the house in very poor condition, it is sold to realize a golf club house and the park is transformed into a golf course. The castle has two arrested registration as historical monuments since 26 November 1979 and 31 July 2001.

How To Get To Château de la Couharde (Map):