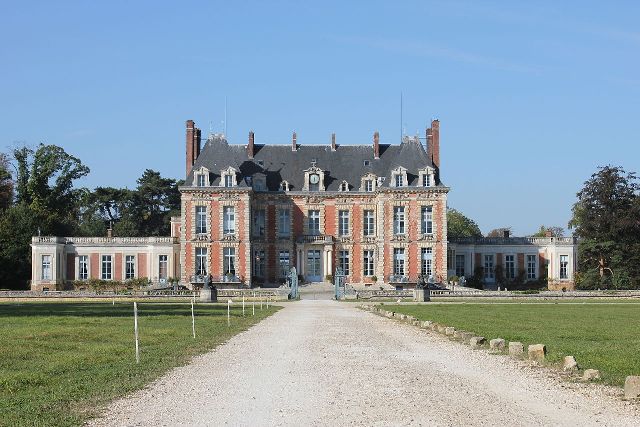 Location: Yerres, in the Essonne departement of France (Ile-de-France Region).
Built: 12th-18th century.
Condition: In good condition.
Ownership / Access: Privately owned.
ISMH Reference Number: PA00088049
Notes: Château de la Grange is a French château located in the commune Yerres countries of Brie in the department of Essonne and the region Île-de-France, eighteen kilometers southeast of Paris. The area of ​​Grange, first mentioned in 1389, then was a vast wooden cleared for a Parisian religious community. In 2000 the castle was bought by the group Savry who installed a prestigious hotel named "Castle of Maréchal de Saxe". The Grange Castle is composed of a main body "U" at three levels rose two low wings and body of two common "L" to the north. All high brick and stone on an embankment including a courtyard surrounded by a dry moat. To the east is the forecourt, the aisle of honor and the large grille flanked by two square pavilions. To the west is a perspective piercing the forest preceded by a pond in a romantic park. In the North, extending the joint is a French garden being rehabilitated.