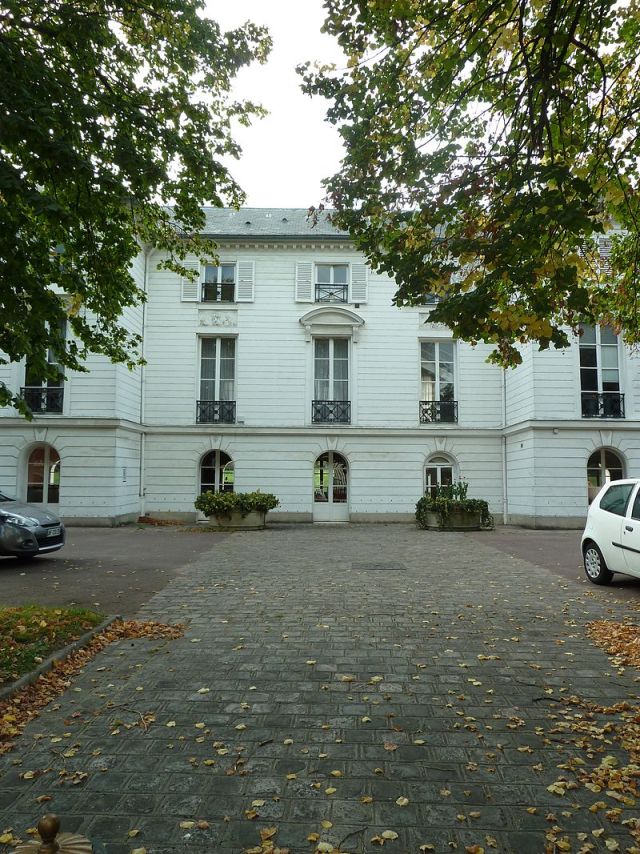 Location: Châtenay-Malabry, in the Hauts-de-Seine departement of France (Ile-de-France Region).
Built: 17th century.
Condition: In good condition.
Ownership / Access: State property.
ISMH Reference Number: PA00088086
Notes: Château de la Petite Roseraie is located in the municipality of Châtenay-Malabry, in the department of Hauts-de-Seine.The castle is built in the seventeenth century. It belonged to Marshal de Segur, the Arouet, the Prince Borghese, and the Count de Boigne, whose wife stood there for wooed salons (Madame Recamier). In 1829, it becomes the property of Alexander Roland-Gosselin, stockbroker in Paris. He enlarge the area with the acquisition of all the surrounding land and develop the park by architect Vare. After his death in 1866, he passed to his daughter which built there an orphanage for young girls in need. The estate was bought in 1941 by the State, which installs the École Normale Supérieure of Physical education of girls (now the Center for Popular Education and Resource Centre, expertise and sporting performance (CREPS) ). The monument is the subject of a registration as a historic monument since June 5, 1946.