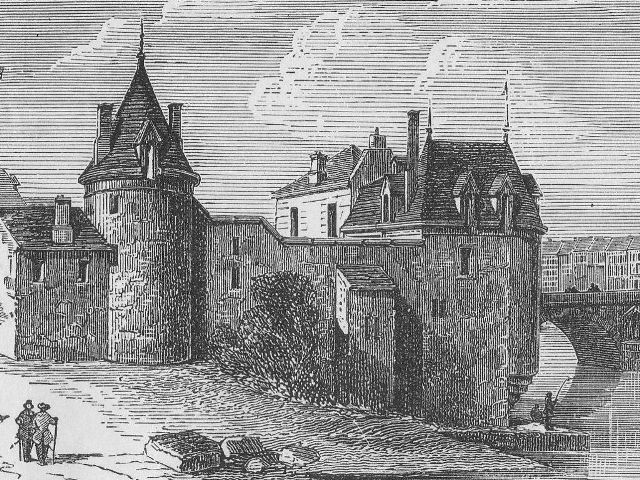 Location: Paris, in the Paris departement of France (Ile-de-France Region).
Built: --.
Condition: --.
Ownership / Access: --.
Notes: Château de la Tournelle now missing, was located in Paris along the Seine, on the platform that takes its name, approximately at the location currently occupied by the restaurant La Tour d'Argent.The walls of Philippe Auguste, Paris that surrounded the early thirteenth century, was stopped along the Seine by four towers, two upstream and two downstream verrouillaient that the access by the river in case of invasion. To the west, on the right bank of the tower corner, adjacent to the castle of the Louvre, with opposite, on the other side, the Philip HamelinN turn. To the east, on the right bank of the Barbeau tower, with opposite, on the left bank, the St. Bernard tower built in 1185, so named because of its proximity to the College of Bernardine. Without one has found traces of a defensive system had to close St. LouisN island between the two towers, with a turret north facing Barbeau tower in the center and the south tower LoriauxN a third turret facing the St. BernardN turn. Although considerable size, the tower was also called "tournelle Bernardine". According to the custom of the time, a chain could be drawn between the fortifications on both sides of the river, to prevent the passage of vessels: "Each of these towers were attached to heavy chains that traversoient the river, and were carried on flat boats arranged at intervals. " Under Charles VII they pierced the wall on the north side of the tower to install a fortified gate called Porte Saint-Bernard.