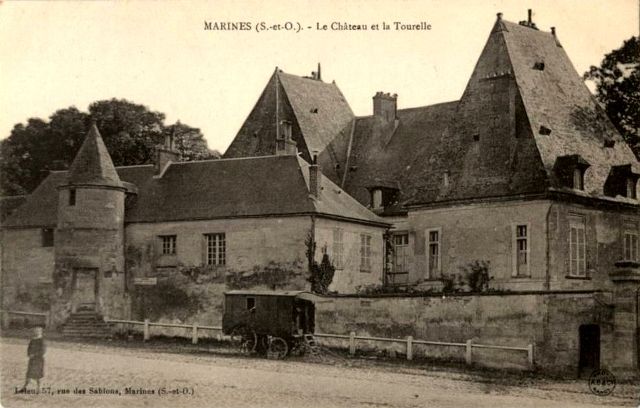 Location: Marines, in the Val-d'Oise departement of France (Ile-de-France Region).
Built: 16th century.
Condition: In good condition.
Ownership / Access: Owned by a private company.
ISMH Reference Number: PA00080118
Notes: Château de Marines is a French building located in the municipality of Marines, Val-d'Oise. Castle Marines date of Francis I, its history is closely linked to the history of France and the politics of the time, here are these origins: during the war against Francis Swiss armies in 1515, a young lord stands, his name is Adrien Thiercelin brush. To reward Francis I offered him in 1521 the High Justice and tabellionage Marines. Brush Thiercelin is there then build a residence that is the present castle. The painted ceilings of the three rooms of the first floor are registered historic monument by decree of 9 November 1984 and the park is listed as a site by order of 25 February 1974.