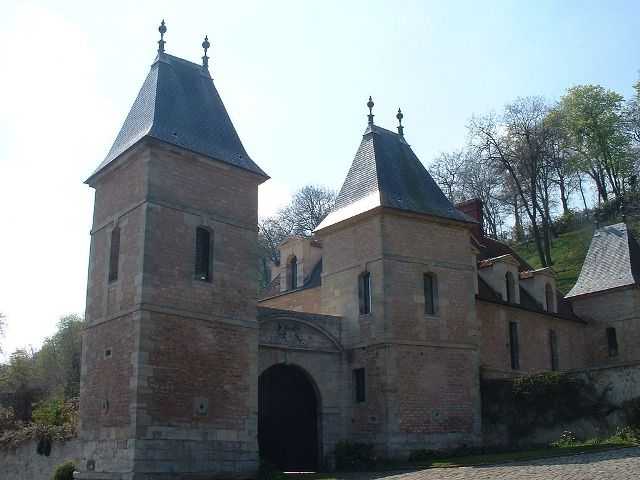 Location: Médan, in the Yvelines departement of France (Ile-de-France Region).
Built: 19th century.
Condition: In good condition.
Ownership / Access: Private property.
Notes: Château de Médan is a private castle in Medan, Yvelines.The original structure dating back to the nineteenth century, was the basis for the construction of a hunting lodge in the late fifteenth century, converted in the sixteenth century castle for Perdriel family. Because of the wedding I Pernette Perdriel Jean Brinon, it happens in the family Brinon, and became the residence of the patron of Pierre de Ronsard, Jean II Brinon, frequented by poets of the Pleiades. Later, Henry IV came to hunt and stay there. Jean Bourdin, chamberlain of Henry IV added the firm in 1635. The castle was enlarged in the eighteenth century. Between 1750 and 1777 the Gilbert family Neighbors added a long wing, watching the valley, which was rebuilt in 1873 by Baron de Dalmas. The last lord was guillotined on 25 Brumaire Year II, his land and castle were sold. Maurice Maeterlinck, Nobel Prize for Literature, lived in the castle from 1924. There he wrote The Life of Termites, The Glass Spider and there was play The Blue Bird. In 1949, his wife abandons the castle that is damaged by fire in 1956 and then abandoned. In 1962, the daily battle settles until its bankruptcy in 1974. Sold at auction in 1977 in a state of neglect, it was restored by the current owners who live there. It is open to visitors by appointment. Paul Cezanne painted three pictures of the Castle of Medan, a fourth of the médanaise campaign and made many drawings. The castle is included in the supplementary inventory of historical monuments since 1926. It was the castle of Boris Williams, played by François Chaumette, in the French drama Belphegor or the Phantom of the Louvre in 1965.

How To Get To Château de Médan (Map):