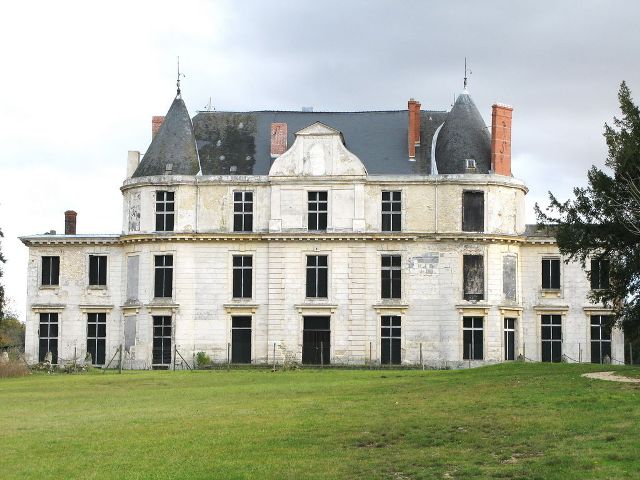 Location: Méréville, in the Essonne departement of France (Ile-de-France Region).
Built: 1768-1794.
Condition: In good condition.
Ownership / Access: Private property.
ISMH Reference Number: PA00087953
Notes: Château de Méréville is a French castle in the town of Méréville in the ancient land of Beauce, today in the department of Essonne and the Ile-de-France region. Its park is famous for being an example of the English garden of the eighteenth century.A very primitive mansion was built in the sixteenth century. In ruined part, it was bought in 1688 and rebuilt by Pierre Delpech (1642-1712), Marquis of Méréville in 1709, adviser of the king who had several children, including Jean Delpech (1671-1737) and Paul Delpech (1682 - 1751) the first, who built the hotel in 1724 La Tour du Pin, Vieille-du-Temple Street, made arrange the castle in a Renaissance style, opening windows and adding a pediment on the western façade. To the west of the park planted an alley leading to the main courtyard of honor was arranged and the back was added to the French garden during the Juine, which was then channel office.