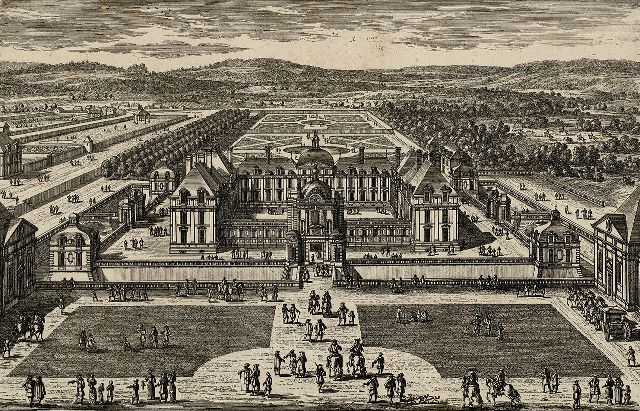 Location: Montceaux-lès-Meaux, in the Seine-et-Marne departement of France (Ile-de-France Region).
Built: 16th century.
Condition: Ruins.
Ownership / Access: Private property.
ISMH Reference Number: PA00087113
Notes: Château de Montceaux was located in Seine-et-Marne, in the town of Montceaux-lès-Meaux. It is also called Royal Castle of Montceaux-les-Meaux, Château Château queens or three queens.It is common in the sixteenth century by Catherine de Medici who entrusted the beautification Philibert Delorme. Other artists, such as Jacques Androuet Hoop, Primaticcio or Salomon de Brosse participate in successive transformations and decorations of the property. Bought by Henri IV, it is offered to Gabrielle d'Estrees then becomes the property of Marie de Medici on the occasion of the birth of Louis XIII. Destroyed a few years after the Revolution, it remains today a few ruins and a chapel, the buildings of the forecourt converted mansion and is part of the castle became a farm. A park said the Montceaux castle also retains memory. The castle is classified as historical monuments in 2005.Construction began around 1520 by the bastard or SALIGOT family. An act of 1504 indicates that Michel Saligaut, Lord of Monceaulx and Montretout in Brye, is committed to build a chapel dedicated to the Virgin "chasteau said Montcealx".