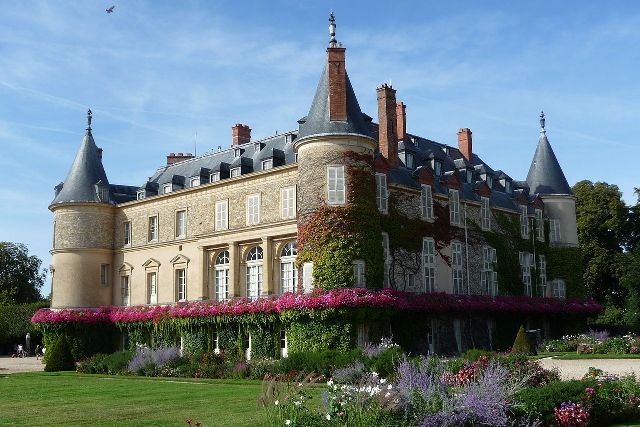 Location: Rambouillet, in the Yvelines departement of France (Ile-de-France Region).
Built: 13th-14th century.
Condition: In good condition.
Ownership / Access: State property.
ISMH Reference Number: PA00087581
Notes: Château de Rambouillet, former royal residence and former presidential summer residence from 1896 to 2009, is located in Rambouillet, capital district south of Yvelines in France in a 100-hectare park in the forest of Rambouillet . Made on a steep height of the park called "Le Coudray" Hermitage also matches a year almost obliged in the English parks of the second half of the eighteenth century. It dates back to, as the cottage shellfish, the campaign work done around 1770-1780 by Claude Martin Goupy for the Duke of Penthièvre. Much larger than most contemporary hermitages, it has several rooms including a chapel. Damaged by fire in 1977, it is being restored (2005).

How To Get To Château de Rambouillet (Map):