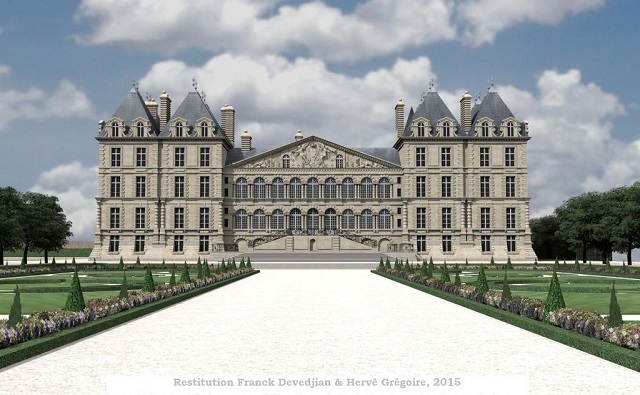 Location: Saint-Maur-des-fossés, in the Yvelines departement of France (Ile-de-France Region).
Built: --.
Condition: --.
Ownership / Access: EDF.
Notes: The Saint-Maur castle, Renaissance style, was located in Saint-Maur-des-Fossés (Val-de-Marne). It is now completely destroyed.The Château de Saint-Maur was built just above the ancient abbey of Saint-Maur, whose history dates back to the early Middle Ages.The works were interrupted until 1563, when Queen Mother Catherine de Medici made them resume after buying the castle at Eustache du Bellay, Jean's cousin and heir. The construction is enriched with new buildings as reported by Jacques Androuet du Cerceau in his architecture book, Les plus excellents bastiments de France. On September 23, 1568, the young King Charles IX. Signed the Edict of Saint-Maur in the castle, by which he forbade Protestant worship.