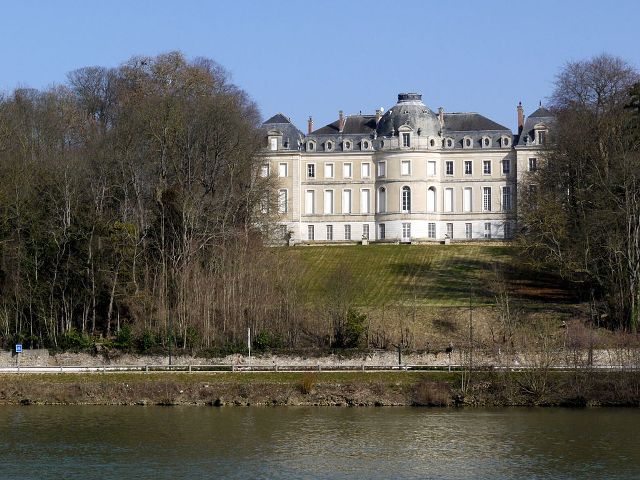 Location: Vaux-le-Pénil, in the Seine-et-Marne departement of France (Ile-de-France Region).
Built: 11th century.
Condition: In good condition.
Ownership / Access: Privately owned.
ISMH Reference Number: PA00087309
Notes: Château de Vaux-le-Pénil is a castle located in the town of Vaux-le-Pénil in the Seine-et-Marne, France. It is listed as a historic monument November 23, 1946.In Roman times, on the current church site was the temple of Jupiter Penninus which is originally the name of the town. The castle we know today is the fourth highest on the foundations. It was built in 1766 by Louis Michel Freteau St Just. The existence of the castle is attested since 1050 by a royal edict, preserved in the National Library citing Peny as the lord of the fee. It has Roman foundations.