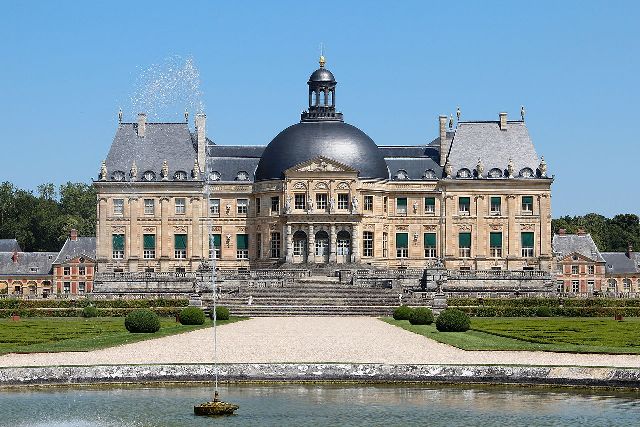 Location: Maincy, in the Seine-et-Marne departement of France (Ile-de-France Region).
Built: 1656-1661.
Condition: In good condition.
Ownership / Access: Owned by a private company.
ISMH Reference Number: PA00087074
Notes: Château de Vaux-le-Vicomte located on the territory of the French town of Maincy (Seine-et-Marne), 50 km south of Paris near Melun is a castle of the seventeenth century (1658-1661) built for the superintendent of finances of Louis XIV, Nicolas Fouquet. The latter appealed to the best artists of the time to build this castle: the architect Louis Le Vau, first architect of the King (1656), the painter Charles Le Brun, founder of the Academy of Painting (1648), the landscape André Le Nôtre, the Comptroller General of the royal buildings (1657) and master mason Michel Villedo. Their talents had already been gathered by the young Louis XIV to build wings Vincennes castle in 1651-1653. The king remake uses them to build the castle of Versailles, one of Vaux-le-Vicomte then templating. The Castle, a masterpiece of classical architecture from the mid-seventeenth century, is now the largest privately owned France classified as historical monuments, since its purchase in July 1875 by Alfred Sommier who did work patron, continued by his descendants.

How To Get To Château de Vaux-le-Vicomte (Map):