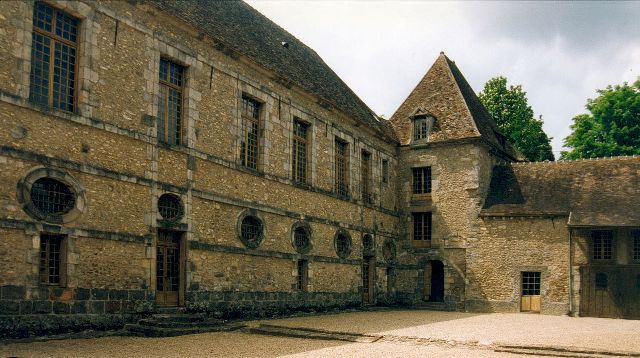 Location: Villeconin, in the Essonne departement of France (Ile-de-France Region).
Built: 1372.
Condition: Ruins.
Ownership / Access: Privately owned.
ISMH Reference Number: PA00088037
Notes: Château de Villeconin sometimes called Manor Ardenelles, is a French castle in the town of Villeconin in the former country of Hurepoix in the department of Essonne and the Ile-de-France region. The castle dates from the fourteenth end, it was redesigned in the Renaissance and the Revolution, when the house declared national property becomes a farm. In 1926 the mansion Villeconin is registered in the inventory of historical monuments. It is purchased in 1932 by Henry Jouvencel, which rehabilitates buildings and grassland turns it into park, and restores the castle from 1933. Their son Roland de Longevialle now owns the domain that the family continues to visit 1 June to 10 July, during the European Heritage Days and all year by appointment for groups. Admission is charged.

How To Get To Château de Villeconin (Map):