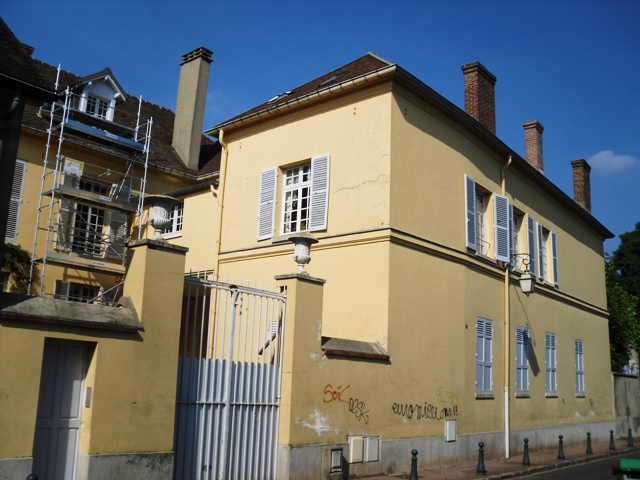 Location: Verrières-le-Buisson, in the Essonne departement of France (Ile-de-France Region).
Built: 17th-18th century.
Condition: In good condition.
Ownership / Access: Privately owned.
ISMH Reference Number: PA00088029
Notes: Château de Vilmorin is a French castle in the town of Verrières-le-Buisson, in Hurepoix country, in the department of Essonne and the region Île-de-France, thirteen kilometers southwest of Paris. It is the subject of a registration as a historic monument since 8 September 1965. Vilmorin's castle is located at number 2 of the street Estienne d'Orves to Verrières-le-Buisson, near the current city and municipal arboretum. Located on the north slope of the Bièvre valley, the castle is surrounded by a 4.5 hectare park (otherwise known Vilmorin arboretum), it is close to Forest Canopies covering the plateau of Villacoublay. The main body was built in the mid-seventeenth century, it was expanded westward between 1765 and 1786. In 1815 the Vilmorin family acquired the property, changed the castle, added the joint that would become the experimental farm of Vilmorin institutions and planted a vast arboretum in the park to the north. The park was protected nature reserve in 1959 and elements of the castle historical monument in 1965. Louise de Vilmorin are greeted André Malraux. She died 26 December 1969. He continued to live in the castle until his death in 1976. He was buried in the cemetery of Verrières le Buisson, before joining the Hall of Fame in 1996.