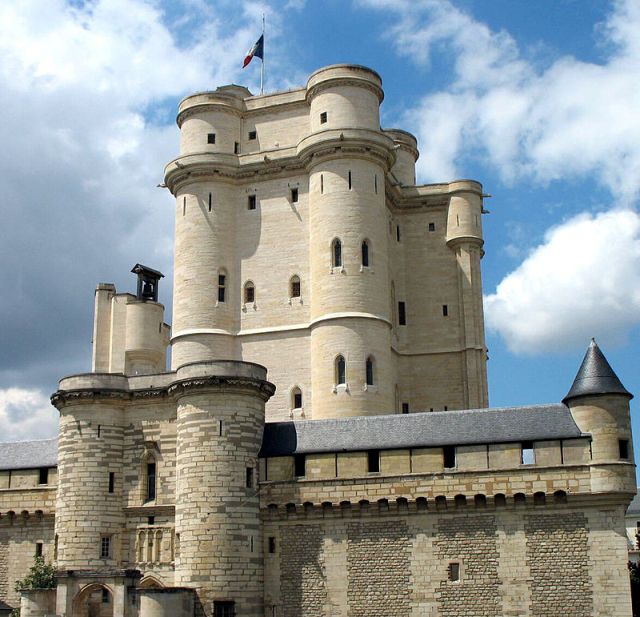 Location: Vincennes, in the Val-de-Marne departement of France (Ile-de-France Region).
Built: 17th century.
Condition: In good condition.
Ownership / Access: Owned by the town.
ISMH Reference Number: PA00125475
Notes: Château de Vincennes is a fortress located in Vincennes, east of Paris, France, erected in the fourteenth century to the seventeenth century. It is the largest French royal castle remaining, and the height of its tower, 52 meters (the highest in Europe), it is one of the highest in Europe lowland fortresses with that of Crest.The Château de Vincennes is home to the historical department of Defense.The fortress is located near the capital, about eight kilometers from the Ile de la Cité. Unlike most castles, it is not located on a hill, a hill or on a cliff, but on a limestone plateau. It is not near a river, just a small stream, uk Montreuil, down stream of Montreuil tray which fed the moats whose overflow then headed to Paris and threw himself in Lake Saint Mande. In the Middle Ages, time of construction, the site was covered by a forest full of game. Since the nineteenth century, around the castle are urbanized, nothing remains of the forest that the Bois de Vincennes.

How To Get To Château de Vincennes (Map):