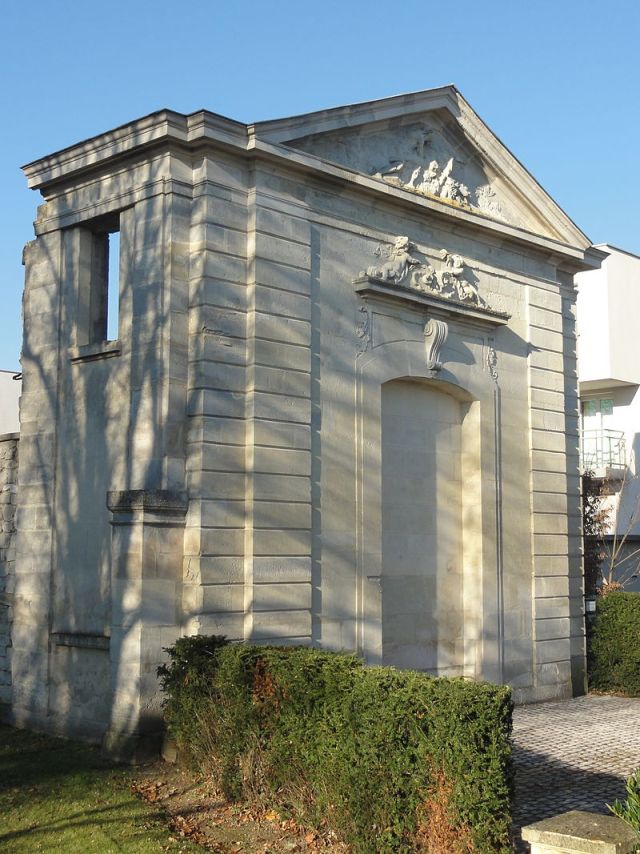 Location: Roissy-en-France, in the Val-d'Oise departement of France (Ile-de-France Region).
Built: 15th century.
Condition: In good condition.
Ownership / Access: Privately owned.
ISMH Reference Number: PA00080185
Notes: Château des Caramans is located in the municipality of Roissy-en-France, Val-d'Oise department.From classical style castle destroyed in 1794 in the context of the Revolution, remain only the east wall and the south gate of the orangery, in the middle of the south facade, the walls only remain as halfway. Once covered with plaster, irregular rubble now flush with the surface. Pilasters remains in paired stone having chanted the facade, however, remain visible. The door has a semicircular arch, falling on each other for short-course bands, and simply decorated with a flat molding doubled. As for the eastern gable wall of the orangery, it is preceded by a slight protrusion stationed in front building fake wall ties in boss, taking almost the entire width of the facade. The same bosses are repeated on the front ends of the left and right of the central body. The latter is topped by a triangular pediment whose tympanum bears a bas-relief depicts female figures surrounding a vase of flowers and fruits. Underneath the eaves above the entablature of the single window supports another bas-relief, with two symmetrical cherubs holding grapes around a conch in the middle. The arch keystone basket handle is decorated with a claw, and vine leaves are visible on the left and right. This sculptural decoration dating from 1703 to 1709 is attributed to René Chauveau (1663-1722), while the plans of the castle were probably designed by a disciple of Mansart. It remains to mention a relief that once adorned the west gable, and now preserved in a private property, rue de Paris. It represents the arms erroneously attributed to Claude de Mesmes, former ambassador to France of Louis XIV.The castle is the subject of a registration as a historic monument since October 21, 1925