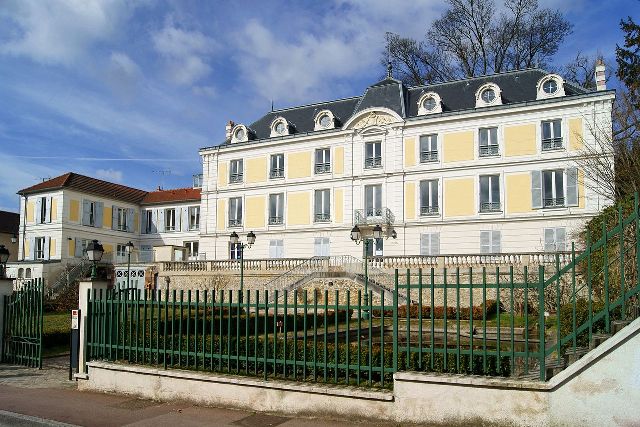 Location: Verrières-le-Buisson, in the Essonne departement of France (Ile-de-France Region).
Built: 16th century.
Condition: In good condition.
Ownership / Access: --
Notes: Château Vaillant is a French castle tower in the town of Verrières-le-Buisson, in Hurepoix country, in the department of Essonne and the region Île-de-France, thirteen kilometers southwest of Paris. The castle is built on a slope, so it is built on foundations which have the advantage side street to lay the noble floors on a terrace accessed by a double staircase. The square central building is pierced by a door window, decorated with a balcony on the first floor and a rounded tympanum decorated with bas relief in gear, it is topped by a roof with four broken slate panels. On each side, two wings with four levels each pierced with three windows per floor, the top floor attic is perforated by oculus. Two brick chimneys frame the hipped slate roof.