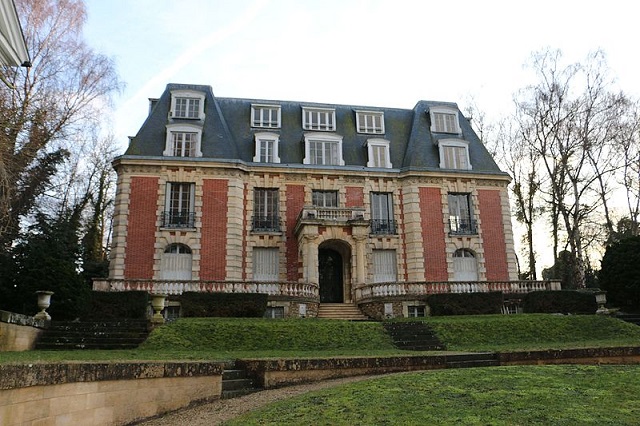 Location: Dammarie-lès-Lys, in the Yvelines departement of France (Ile-de-France Region).
Built: 18th century.
Condition: --.
Ownership / Access: Jacques Gondouin.
Notes: The castle of Vives-Eaux is a castle surrounded by a park located in Dammarie-lès-Lys, in Seine-et-Marne.The Château des Vives-Eaux was built at the end of the 18th century by the architect Jacques Gondouin for himself. It belonged to Monsieur de Chateauvillard, to Monsieur de Chelaincourt, 1 to Thérèse Humbert, to Arturo López Pérez. It was proposed in 1999 to become the National Rugby Center. It was then rented by Endemol and TF1 for the filming of their Star Academy program between October 20, 2001 and February 15, 2008 (season 1 to season 7, season 8 taking place in a Parisian mansion). The castle is now rented for receptions.