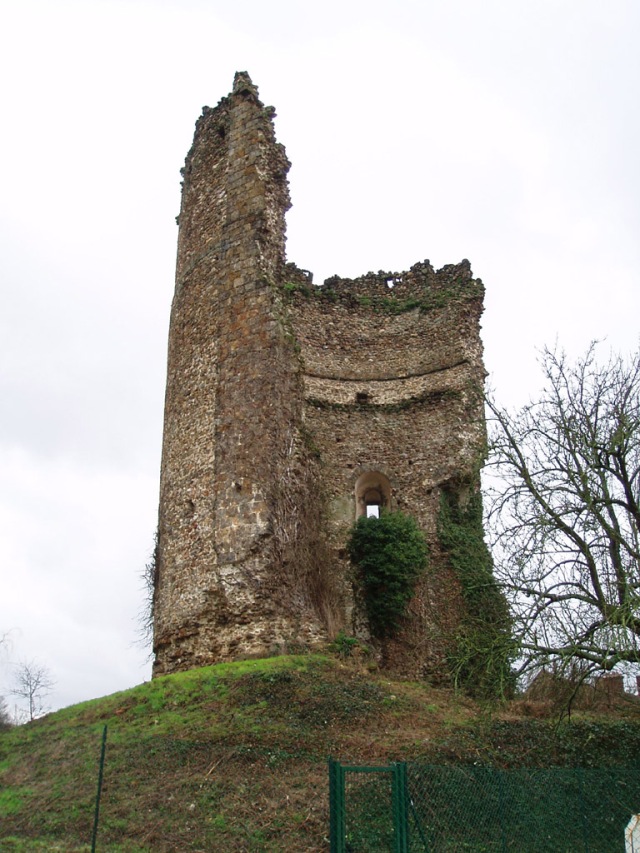 Location: Maurepas, in the Yvelines departement of France (Ile-de-France Region).
Built: 12th century.
Condition: Ruined.
Ownership / Access: --
Notes: Donjon de Maurepas is a medieval castle ruin in the town of Maurepas, in the French department of Yvelines (Île-de-France).Since the seventeenth century, the village of Maurepas (formerly spelled Malrepast) belonged to the abbey of Saint-Denis. To invasions of the Normans, they abandoned the field to the Lords of Chevreuse; the castle was given to the family of Malrepast. A wooden tower was replaced by a castle. During the Hundred Years War, the lords of the castle Malrepast abandon; it was then used as a hideout of a gang of looters. In 1425, the British captured and hanged all the occupants of the castle.The castle was then occupied by Aymon de Massy.In 1432, the English conquered the region and dismantle the castle.After the war, the area of ​​Maurepas is returned to the family of Chevreuse, but the castle remained a ruin.Today only the keep, which is 20 meters high, has a small castle mound. A firm is looking at the ruins.The dungeon was registered by the French Ministry of Culture as a historic monument in 1926.

How To Get To Donjon de Maurepas (Map):