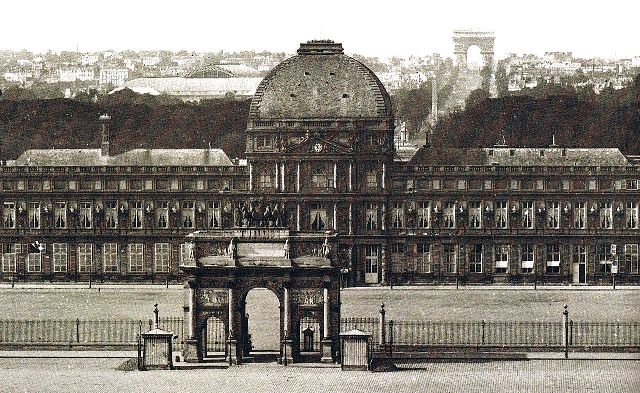 Location: Paris, in the Paris departement of France (Ile-de-France Region).
Built: 1564-1867.
Condition: --.
Ownership / Access: --.
Notes: Palais des Tuileries is now destroyed Parisian palace whose construction began in 1564 under the leadership of Catherine de Medici, on the site previously occupied by one of the three factories tile established in 1372 next to the Quinze and eighty front of the Louvre. Enlarged under the successive reigns, he had a huge facade (266 meters long) and became a royal residence of many sovereigns (Henri IV, Louis XIV, Louis XV, Louis XVI and Louis XVIII) and imperial (Napoleon then Napoleon III) until it was destroyed in a fire volontaire May 23, 1871 by the Communards Jules-Henri-Marius Bergeret, Victor and Stephen Bénot Boudin. The ruins of the Tuileries Palace were demolished in 1883.