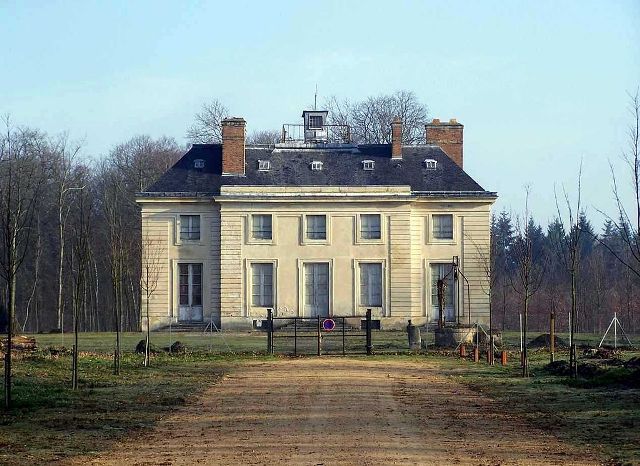 Location: Saint-Germain-en-Laye, in the Yvelines departement of France (Ile-de-France Region).
Built: 16th century.
Condition: In good condition.
Ownership / Access: Privately owned.
Notes: The Pavillon de la Muette is an appointment hunting located in the northern part of the forest of Saint-Germain-en-Laye in the department of Yvelines (France). This pavilion was built by the architect Ange-Jacques Gabriel for Louis XV in 1775 on the ruins of an ancient castle built by François I in the sixteenth century. Historical monument April 7, 1921, until July 2014 it was managed by the National Forestry Office. It was sold by the state and its restoration, in accordance with the procedure applying to historical monuments, began in early 2015. At this point, the first work focused on clearing driveways and paved terraces, which disappeared under vegetation, clearing rubble interior, clearing the attic before the structural diagnosis of roofs, securing the building against intruders. Alongside the work, the new owner provides public tours which began in June 2015.

How To Get To Pavillon de la Muette (Map):