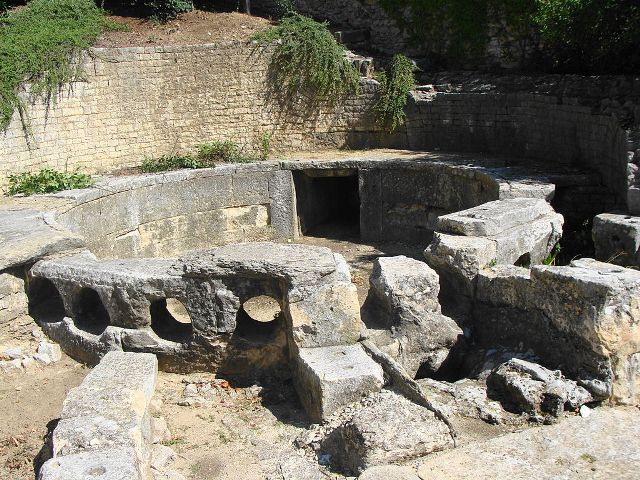 Location: Nîmes, in the Gard departement of France (Languedoc-Roussillon Region).
Built: First century.
Condition: Ruins.
Ownership / Access: Owned by the municipality.
ISMH Reference Number: PA00103093
Notes: Castellum divisorium de Nîmes or castellum aquae, is a Roman monument built in the first century in Nîmes, in the Gard.Construction of Castellum dates back to the first century. In Roman times, it was the culmination of the aqueduct that carried water from the fountain of Eure in the Roman colony of Nemausus, via the Pont du Gard. After traveling about fifty kilometers through the scrub, the water was distributed throughout the city by means of pipelines, which can still observe the openings. The building was unearthed in 1844 and is the subject of a classification as historical monuments since 1875. Its ruins are located in the center of Nîmes, rue Lampèze.