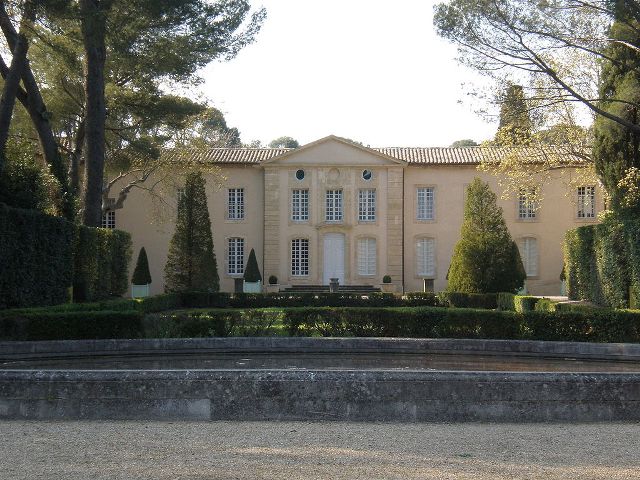 Location: Montpellier, in the Hérault departement of France (Languedoc-Roussillon Region).
Built: 1743-1750.
Condition: In good condition.
Ownership / Access: Owned by the department.
ISMH Reference Number: PA00103529
Notes: Château d'Ô is a Montpellier madness of mid-eighteenth century located avenue des Moulins, roundabout Castle Oh, northwest of Montpellier, in Herault.Originally agriculture, where such works in 1730 to erect a house in the country. The property was acquired in 1743 by Jean-Emmanuel Guignard, Vicomte de Saint-Priest, future steward of the King in Languedoc. The latter commissioned architect Charles Montpellier Gabriel Le Blanc the task of building the edifice we know today.For the design of the garden, it is called on Jean Antoine Giral, a member of a dynasty of local architects. In 1762, Monsieur de Saint-Priest control large hydraulic work to equip the park basins, fountains and a large clean pool to give them water festivals. Spent many hands, the estate was acquired in 1906 by the General Council of Hérault. The carefully restored castle and park, also restored, now home to a theater of 230 seats, an amphitheater of 1800 and an auditorium with 600 seats. The grounds are open from Tuesday to Sunday to the public.The building has great simplicity. A central front building is enough to animate the facade that includes a main floor on ground garden. Under the roof of hollow tiles, the pediment of the front part shows a second level pierced oculus at the southern way. The design of the garden and the park suggests the interest bore them the Viscount de Saint-Priest. Old two and a half centuries, the box hedges trimmed and Aleppo pine groves are home to a set of surprises and the least of which is not the pool - now empty - where gave naumachies. A local story tells that the bishop of Montpellier, navigating this basin during a night of partying, lost his pastoral ring: his host would have completely emptied the pond to regain.